MARIJUANA has properties that moderate pain. Its use brings relief to cancer sufferers, as brought into focus recently by the tragic death of Inkatha Freedom Party MP, Mario Oriani-Ambrosini. Marijuana does not prevent cancer, nothing does. It is most likely the most intractable unsolved medical science problem of our day. Neither does it replace existing medical interventions such as surgery, radiation, chemotherapy or viral-based therapies that in certain defined instances can break down tumours after the cancer has taken hold. 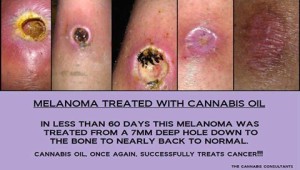 No matter which marijuana strains are used, it bears repeating that it neither prevents nor therapeutically is capable of treating cancer. Depending on how far the cancer has spread, marijuana’s greatest benefit is to reduce pain and then only up to a point. In this respect it is uncontroversial if pain moderation (and other possible) properties are clinically verified, its use should be decriminalised for medical use. To do so does not require the commercialisation of production or distribution of marijuana.

These aspects are, as a matter of fact, not relevant in the least to the thrust of what needs to be done with the Medical Innovation Bill (a private member’s bill) introduced initially by Oriani-Ambrosini. Marijuana can be obtained by special dispensation, or it can be specially grown on experimental farms under the watchful eye of, for example, the Agricultural Research Council. Marijuana supply is a wholly separate issue from its appropriate medical use. This is why we propose that the issue of commercialisation of marijuana should be stripped from the bill.

In any event, we should not fixate on marijuana only. There are other plant-derived applications too. Though he overstates his case, Daniel Webster (in Botanical Oncology, 2014, Panaxea Publishing) provides considerable detail on well over 200 botanical health applications that may provide some benefit to cancer sufferers: “Many botanical substances,” Webster writes, “have good anti-inflammatory properties, can increase healing and stimulate immune response … botanicals have extensive properties to manage side-effects, overcome multidrug resistance and even increase the efficacy of chemotherapy.”

Of course, all these hypotheses should be subject to rigorous clinical scrutiny. But even if they were to pass the tough tests of clinical medicine, it must be said that plant-derived applications have some relevance when it comes to treating, but are not in the least significant when it comes to the real war involved in solving the problem of cancer.

To solve the cancer problem, requires a breakthrough in science that for now has proved elusive. That a breakthrough has not yet occurred gives no comfort to cancer sufferers, but that is no reason to give up on the scientific enterprise, which constitutes the only method in human history to generate consistently reliable therapies for many communicable and noncommunicable diseases.

Our understanding of what cancer is has advanced in leaps and bounds. In summary form, this is what we know about tumour cells and the onset of cancer (see Harvey Lodish et al, Molecular Cell Biology, 2012, chapter 24 Cancer):

While there have been major advances in integrating radio, chemical, genetic and botanical therapies, ongoing research is promising but has yet to yield prevention and curative breakthroughs. A noteworthy advance is gene therapy, but it is out of reach to most because at this time it is expensive and available only as part of clinical trials. Gene therapy is a treatment that involves altering the body’s genes (think of genes as “coding instructions”) to stop disease. Gene therapy replaces a faulty gene or adds a new gene in an attempt to cure disease or help our bodies’ ability to fight disease using existing immunity tools. It holds promise for treating cancer, cystic fibrosis, heart disease, diabetes, haemophilia and AIDS.

There are therefore compelling reasons to continue investing in advancing the science of cancer, chief among which is the ethical obligation to save human lives. It is in this respect that the Medical Innovation Bill should be redrafted to provide for a dedicated facility to co-ordinate existing and introduce new areas of research and treatment for cancers that tend to be most prevalent in the South African population.

During a recent visit to the biomedical research hub at Biopolis in Singapore, I was struck by how they, thinking and planning ahead, structured their high-level research to deal in an organised way with Southeast Asia’s disease burden, including cancers. Accordingly, Biopolis’s scientists have begun to establish the first stages in developing a therapeutic antibody pipeline by working with cancer stem, tumour-initiating and triple-negative breast cancer cells. They also developed a speciality in the early prognosis of gastric, liver and blood cancers in their populations of Chinese, Malaysian and Indian descent.

Even with lesser resources, thinking ahead, we should do the same here. We have pockets of excellence in cancer-related work at some of our universities, private hospitals, pharmaceutical companies and the Medical Research Council, but as an enterprise it is dissipated, unfocused, poorly resourced and without the right distribution of brain power. If nothing else Oriani-Ambrosini’s Medical Innovation Bill should focus our efforts.