This Memorandum was handed to a representative of the WC Commissioner of the SAP on 21 September 2013.

Dear Commissioner Lamoer, and all members of the SAPS.

An Open Letter Calling for Cannabis (Dagga) Awareness in the SAPS.

For over 100 years,the prohibition of Dagga in South Africa has resulted in an ongoing battle between those who use or cultivate dagga, and the SAPS, who are required to enforce the prohibition. This battle has resulted in great harm to our society and many lives have been lost as a result of this law.

The futures of many citizens have been destroyed by the application of the law against Dagga, and yet citizens continue to use Dagga every day, and no amount of criminalisation will ever stop the use of Dagga by South Africans. We, the people of the Dagga Culture, who gathered here today (Saturday 21 September 2013, Cape Town) are unanimous in our claim of our rights to use dagga, and we call into question the justifications for the prohibition.

The State claims that the purpose of the prohibition of dagga is “to prevent harms caused to society by drugs” (to quote Justice Ngcobo, in judgement of Prince vs President of the WC Law Society, Case 36/2000, CCT) but to date the State has never provided scientific substantiation of the harms caused by dagga, nor ever acknowledged the harms actually caused by the law as it stands.

Over the last few years Dagga activists for legalisation, including myself, have researched the History of the prohibition of the Dagga plant, and have researched its medical effects and its previous use in the human economy and in various cultures around the world.

Today we inform you that the prohibition is based on lies about its supposed dangers, on historical racism, and on the ongoing wish of the government to maintain a police state and be able to oppress citizens. The prohibition also exists for the benefit of global pharmaceutical companies, to hide the well documented medical benefits of dagga for human health, and to protect the market and money interests of corporations such as the alcohol, tobacco, cotton, synthetic fibre, biotech, soya, and the fossil carbon (oil,coal) corporations.

Dagga provides nutritious hempseed which is the most nutritious and easily farmed seed on Earth. The seeds provide a healthy seed oil that is essential for human health. Dagga provides the longest and strongest plant fibre on the Earth, and was a key resource before prohibition. The inside of the stalks of Dagga can easily be converted into bio-plastics and liquid fuel for vehicles. The plant is the most productive and water efficient agricultural crop at our disposal but it is prohibited to prevent access by citizens to the usefulness of the resource.

Did you know, Commissioner Lamoer, that it has always been cheaper to produce fuel from Cannabis than it EVER was to extract oil and coal from the ground? Yet we all suffer today the economic hardship and climate change risks caused by the fossil fuel companies, and the prohibition of Dagga that they sponsor. We now also face the dangers of fracking in the Karoo by fossil carbon companies, when in fact all our farmers, all our citizens, could be growing the fuel we need.

On the medical front, Dagga has also been found to treat a myriad of ailments, including asthma, Multiple sclerosis, flu, Parkinsons, bowel diseases,epilepsy, immune diseases like arthritis, to name but a few ailments, and it is also very effective in preventing and treating CANCER. We claim our right to cultivate and have access to this medicine and this economic resource, and we, the citizens of the Dagga Culture, shall not be refused because we have a right to health and equitable, productive participation in our economy.

We call on the entire SAPS and other South African citizens to research the facts about the Dagga Plant to become informed at a personal level about the potential social and individual benefits of Dagga, and to stand with the people for legalisation. We call on you all to actively motivate by all official means available, for the legitimisation, legalisation and regulation of this Creator-given resource for the public benefit.

It is no longer acceptable to us that the SAPS blindly applies the law as it stands. We call for you to recognise that criminalisation of Dagga and other drugs is not working, and for your support of a new, humanitarian, rights based medical model for the reduction of the harms caused by drugs in South Africa.

We who stand for legalisation have summonsed the State in the High Court to justify the law against Dagga, and the State has refused for more than a year to file answering papers in dispute of our claims about the Dagga Plant, or to make any effort to recognise our rights as a Culture, and yet, the prosecutions continue. Until the State replies, we call on the SAPS to exert discretion and a go slow in the prosecution of the law against Dagga, because the State is hiding from the truth, and is in denial of our rights, and the SAPS should not be misused to promote evil agendas.

In order to assist the SAPS in finding out more about dagga we include a CD of facts and research about Dagga in this memo, which have also been submitted to the State Attorney who must reply to our summons for the justification of the prohibition.

We ask the members of the SAPS to henceforth act as informed and conscientised citizens at all times, in relation to the issue of Dagga, whether in uniform or out of uniform, and to support a Dagga legalisation paradigm in South Africa that will:

We, the citizens of the Dagga Culture, thank you for hearing us and ask and hope for the support of the SAPS, to the highest level, for the legalisation of Dagga in South Africa. It is time for our nation to GROW!!.

For my People, for my Culture, for our nation,

Just within weeks after sending Joost an email via the J9 Foundation suggesting dagga as an alternative medication news emerges that he is cured! Unbelievable coincidence?

That I leave up to you to decide… 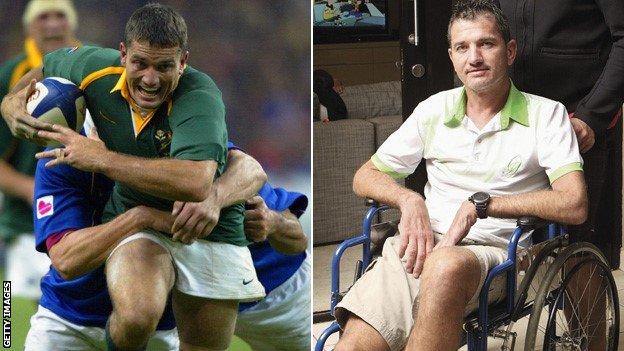 I am a average struggling African and I cry every time I see the prices of South African manufactured motor vehicles in other countries like the UK and Japan that are much cheaper and better quality than vehicles of the same value in South Africa.

It’s sad that you cannot compare the quality of the second hand cars available in the UK and Japan with the South African 2nd hand market.

This leads me to think that the policies regarding the importation of second hand vehicles for personal use it unjust and unlawful.
Please could you answer the following question with honesty.

1. What right does any person, group or entity have to deny me the right to import a high quality second hand RHD vehicle from the UK or Japan?

2. Why are only the rich who are able to afford to live abroad, the medically disabled and motorsport drivers allowed to these bargains?

2.1. You say the reasons for the restrictions are to protect the local manufacturing industry but it’s ok as long as you meet the above mentioned criteria?

2.2 Why are the financially disabled excluded?

3.1. If you are not protecting the local manufacturing industry who are you protecting?
3.2 Are you protecting the local second hand market because that seems to be the end result of these policies?
3.3 Are you protecting the profits of South African car dealers?
3.4 Are the organizations involved with these import policies then not part of a motor vehicle price fixing scandal? (DTI, ITAC, SARS and the South African Government Corporation)
4. As a free human being living on the southern tip of Africa am I not allowed to acquire a motor vehicle from a foreign country to travel upon private roads within my area of living?

Recently mainstream media and the Democratic Alliance made quite a stir regarding the Rastafarian T-Shirt worn in public by Mitchells Plain’s police cluster commander, Jeremy Veary, who claimed that his sons bought it for him for father’s day because of his love for reggae music.

Mark Wiley of the Democratic Alliance publicly attacked Jeremy ultimately accusing him of unexceptable behaviour, not fit for his position in the police force and demanded that he be reprimanded for wearing a T-Shirt featuring the leaf of a dagga plant. 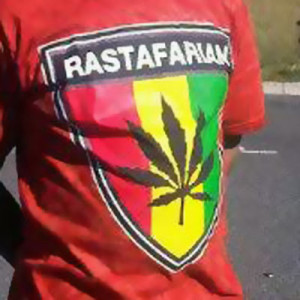 How does Mark Wiley know that the leaf is that of a dagga plant? Does he disregard the word “RASTAFARIAN” printed largely on the shield covered in the well known red, yellow and green rastafarian colors with a the leaf of cannabis sativa.

No. This is exactly why Mark Wiley associates the leaf with dagga because most Rastafarians are associated with the smoking of dagga as sacrament.

Haven’t anyone considered that the leaf could be that of Hemp? Hemp is cannabis sativa afterall.

Why are all the prohibitionist selectively taking the word “RASTAFARIAN” and the cannabis leaf out of context only when it suites them?

We are almost 20 years into democracy but we still hold on to statutes based on segregation and discrimination.

This logo of the Shield with the word RASTAFARIAN, the rastafarian colors, red, yellow green and the cannabis sativa leaf is a symbol for all people still fighting the struggle.

Rastafarians & daggafarians’ universal human rights are being violated on a daily basis but clearly Mark Wiley’s interest do not cover the minority.

Rastafarians do not only have a solid case against Mark Wiley but dagga prohibition as a whole.

How does anyone nowadays support or uphold laws that are based on segregation and discrimination?

Ask yourself does the Spear and Shield on the ANC flag condone violence and murder?

Dagga is not an essential ingredient for nyaope but is the tool used for the vaporization or rather incineration of the powdered medicines used in Nyaope. Low grade dagga is cheaper than tobacco thus it’s associated use.

Please note that I do not support nyaope in any manner but to criminalize nyaope would mean to criminalize a lot of TB, HIV and other crucial prescription medication.

I choose dagga over tobacco, alcohol & other drugs. I have read the true history of dagga prohibition and I cannot support any statute, group or organization that support discrimination and segregation.

If dagga has been criminalized to protect the public why is alcohol, tobacco, GMO and Aspartame legal?

Another question worth answering is: What right do you or any other person or entity have to deny me or anyone else a safe God given plant?

Do you know that Datura Inoxia commonly known as Moonflower is legal and unregulated and found across South Africa in gardens and has the toxicity to kill pets, children and adults which is also used recreationally according to online sources.

Please read these articles and call for dagga reform.

I am not a criminal,
Regards