It seems that the South African government is on the verge of legalising dagga. Head of the Healthcare and Life Sciences Practice at Werksmans Attorneys Neil Kirby discusses the reasons why… 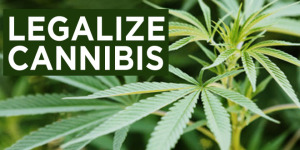 Inkatha Freedom Party (IFP) Member of Parliament (MP) Mario Oriani-Ambrosini opened a can of worms with his passionate appeal in Parliament for the legalisation of dagga as medical treatment.

There is no doubt that the illegality of dagga ultimately creates a black market for criminals. “The evidence shows that there are more people for the legalisation of dagga than there are people against it. We’re not the first country to have this debate.”

Kirby highlights a number of cities and countries that legalised marijuana for medicinal purposes.

“California, Colorado and Washington had it legalised across the border while New York is about to elect the same legislation.

“Uruguay is also legalising it where you can do anything you want with dagga. Other countries like Iran and Switzerland has laws that make it completely legal to grow it,” says Kirby.

Drug decriminalisation – I’m a patient not a dealer!

“Bear in mind that we have very strict smoking laws. Are we required to integrate anti-tobacco with anti-cannabis or is cannabis considered a tobacco product for purposes of smoking. How do we advertise it?

“Under the proposed legislation we’ve got something called a Pilot Program with private or public hospitals that will be designated by the minister in regulations to give you places where you can access your cannabis [dagga],” explains Kirby.

The Medical Innovation Bill of 2014 – more than meets eye

“Tuberculosis and HIV/Aids is still trying to be cured and the simplest medication is still an effort for a lot of South Africans to receive. Pharmacies aren’t available, medicines are sometimes scarce and treatment is too expensive.

“We’re talking about an innovation in the absence of evidence based treatment. It suggests that doctors in these Pilot Sites are going to be encouraged to adopt treatment regiments or protocols that aren’t necessary widely accepted,” explains Kirby.

There are great concerns regarding the lunacy of other potential innovations such the African potato and garlic beetroot.

“If you think that rubbing the skin infection with the back of a potato will solve the problem then do it. However, there’s a self-admission here. The bill says that if the treatment goes horribly wrong, you can’t sue the doctor.”

He further added that South Africa must be careful with what it is they promote as “viable healthcare solutions”.

The Medical Innovation Bill of 2014 – A badly drafted piece of legislation?

Kirby reckons that it could be too soon to tell because the bill must still undergo the various stages of the legislative process.

“Let’s give it the benefit of the doubt at the moment since it can change in the process. I’m not too convinced that this is restricted to the medical use of dagga only as commercial and industrial uses of cannabis is to be identified by the Minister of Trade and Industry in regulation,” Kirby explains.

Furthermore, Kirby battles to understand how dagga could reduce the cost of private and public healthcare.

“I don’t see the two sitting together at all and I might have to see a report or two that indicate how the two concepts are connected.

“If you make it available for medical purposes, somebody has to grow it somewhere and it has to be harvested, possessed, processed, manufactured and packaged. All of those people (manufacturers) would have to be part of a chain that would be immune from prosecution,” Kirby explains.

He added that legalising dagga for medicinal purposes suggests that the legislation would have to expand beyond the person smoking it in hospital.