2013 has been an excellent year for modern dagga research. Lots of the propaganda and disinformation pushed forward by government paid organizations have been debunked and the latest research continues to debunk many myths people full heartedly believe to be true about dagga.

Propagandists gave us cancer causing carcinogens and we knocked them back by vaporizing. Then along came Dr William Courtney who cured brain cancer in a 9 month old baby with juiced dagga and also reminded us that the THC Acid in dagga does not become active until it has been converted from THC Acid to THC by heating or otherwise smoking dagga.

“Dagga is the world’s most important vegetable” – Dr. William Courtney

Early propagandists told us dagga is most dangerous and could be fatal. Later however the LD50 of dagga revealed that it is physically impossible to fatally overdose on dagga.

In a study done in 2007 by Professor David Nutt he charted the harms and dependence of various drugs including tobacco, alcohol and dagga. Dagga is the least harmful and least dependence producing substance of these three drugs yet alcohol and tobacco is legally available to adults. 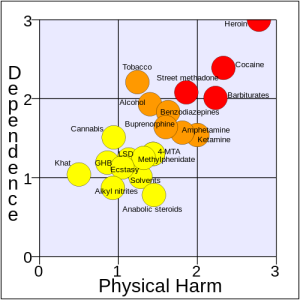 In May of 2013 a study found that dagga may combat HIV and we learn of Marathon runner Henry Ngomezulu who cured his HIV with a dagga tea infusion.

In the same month another study revealed that habitual dagga use is not link to cancer and more studies in the month of May 2013 found that dagga may combat depression, diabetes, brain damage and even reduce the risk of bladder cancer.

In the entire existence of man not a single person has died because of a dagga overdose.

The scientific evidence clearly indicates that dagga is indeed not only safe but is also a beneficial herb to aid humanity.

Prohibitionist’s Food for thought for; If you really believe dagga is dangerous why do you keep in the wild where any person desperate enough sells without an age restriction?