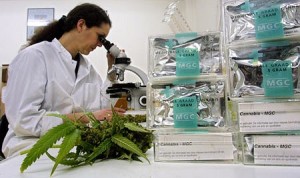 Only six full months into the year, and 2013 has already been one of the best in regards to meaningful and impactful dagga-related studies and research. As time goes by science continues to crush decades of absurd propaganda, in addition to finding benefits of dagga and ending its prohibition that even advocates may not have expected. The more dagga science that’s released, the easier it becomes to get the public to understand and pay attention to its vast benefits.

Here’s a list of some of the most important dagga studies to come out this year. We look forward to the studies yet to be released.

3 thoughts on “2013: An Excellent Year For Dagga Research”